Watch tour we took below.

We had just recently heard the news that Yerkes Observatory will be closing on October 1st of this year and knew we had to hurry back to take another tour before they ended.  The news had just been announced a week or two earlier.

My first visit was actually in 6th grade in February 1977. Here is a picture I took then.

We went together for the first time in 2012. Richard Dreiser has been giving almost all of the tours since 1980, 38 years!  Six years later, he said he remembered us and was happy to see us again.  He is really nice and we will miss him. He is writing a book though about Yerkes so we look forward to getting that when it’s published.

It wasn’t really crowded since the news only just came out about the closure a week or so earlier. We heard that the tour groups in September were quite large. We could look around the hallway shortly before the tour started.

The back of the hallway was cordoned off, it wasn’t in 2012. Let’s see what is back there. Richard began by showing some beautiful photos taken by the Yerkes telescope and others in the hallway adjacent to the lobby.

After discussing these photos, we then moved out to the lobby. It is quite beautiful, decorated with terracotta accents, marble floor and a skylight in the ceiling. The light fixtures are original too. The building was officially opened in 1897. 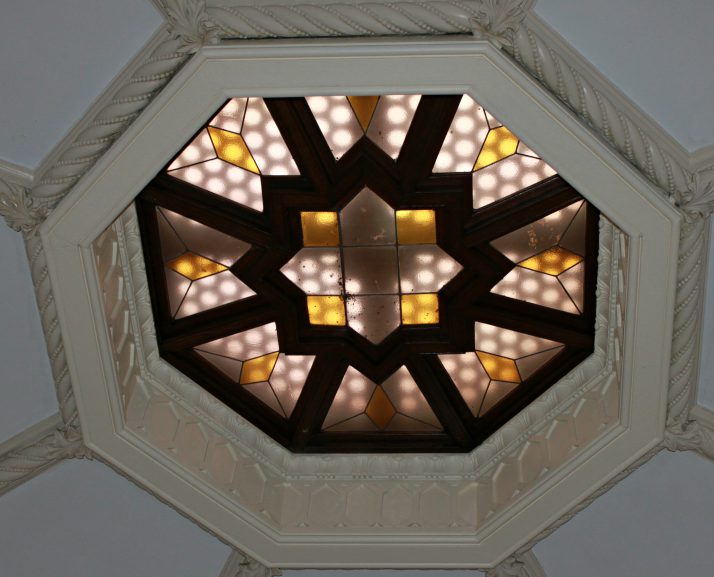 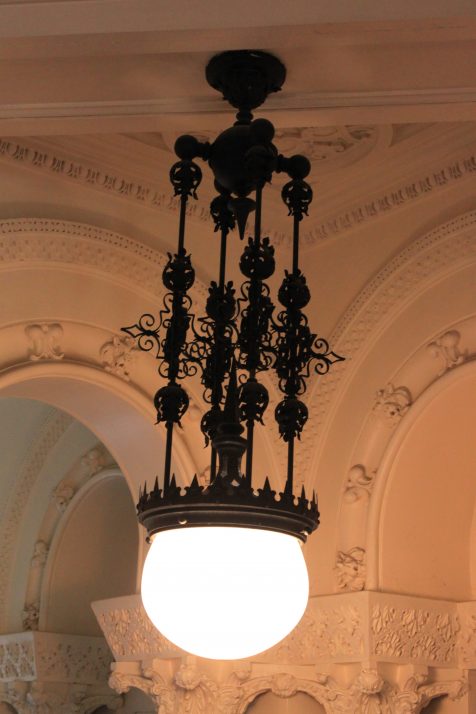 Richard pointed out the many features in the decorative artwork of the building in the lobby area.  Faces, angels, and owls abound!

We then moved outside, where Richard pointed out the many distinguishing features in the artwork on the columns and above the door. Art is everywhere at this building, something you don’t see anymore. 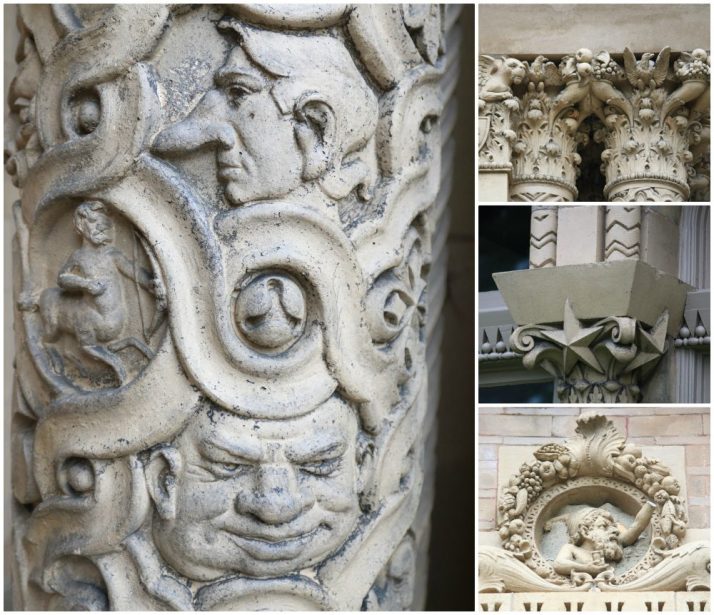 Then, we went back in and concluded the tour at the big telescope. We could not go up on the platform on this visit.

Yerkes had been visited by many scientists, including Albert Einstein in this group photo taken in the 20’s.

We all got a special treat that most people don’t get to see, the dome rotating (see video at 48:33).  He went to the console on the right side of the dome and made the adjustments.

Our tour came to a conclusion 10 minutes later, Richard spent the remaining time answering questions. Went back down the stairs.

Saw the library and stopped in the gift shop.

Our visit concluded here. We are sad this valuable resource is no longer a part of the University in Chicago.  However, it may reopen again at later date under new ownership. I will update this post if this happens. We hope Richard will be hired to continue his excellent tours. Meanwhile, enjoy the video of the original tour.

This site uses Akismet to reduce spam. Learn how your comment data is processed.

Follow Adventures in Travel on WordPress.com
Join 165 other followers

Where I Have Been!

Create Your Own Visited States Map